Better Meat for a Better World

My wife never liked meat—even as a kid. Not me! I love meat as much as anyone. Growing up, when St. Matthew’s Day came around and I got to pick the restaurant for our family outing, I always picked a steakhouse. I grew up in rural Ohio and went to sausage-making “parties,” eating pork carved right from the roasting pig. My paternal grandparents had a chicken coop, and I was just fine with eating legs and wings.

It wasn’t until I went to college in 1986 that I learned that the seemingly happy pigs and chickens I had known growing up were now the exception. Factory farms were displacing family farms, a trend that has accelerated and spread worldwide. Today, the vast majority of chickens and pigs in the United States and the European Union come from corporate farms. 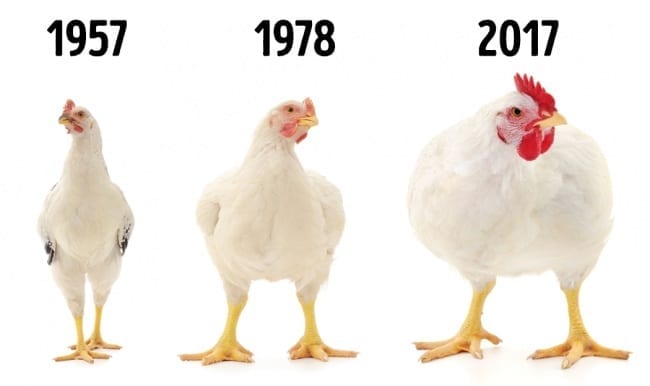 These concentrated animal feeding operations (CAFOs) are part of agriculture’s relentless industrialization and consolidation. In my grandmother’s time, about half the country was involved in agriculture. Now, fewer than 2 percent of Americans are farmers. In 1872, a U.S. farmer fed about four other people. Today, the average farmer feeds 156 people.

This isn’t just because of mechanization. Plant scientists have created crops that are vastly more productive. Animals have been selectively bred to grow much larger much faster. A chicken today bears almost no resemblance to her wild ancestors. A chicken my grandparents raised would not even weigh a kilogram at two months. Today, the average chicken weighs well over four kilograms at two months—so companies are slaughtering them at a younger age, while they still cheep like the baby chicks they are. Even so, the rate of growth is so fast that the industry is struggling with “woody breast syndrome.”

Yet no matter how much we manipulate them, animals are inherently inefficient.

Take me for example. Today I’ll consume about 2,000 calories. But I won’t convert any of those calories into meat. Chickens are more efficient than I am, but still, the majority of the crops we feed to them go to their metabolism. Other calories go to growing brains, blood, and bone. According to the World Resource Institute, it takes nine calories of corn, soy, or wheat to get one calorie of edible chicken meat. That’s 800 percent food waste. Growing that much more food means using that much more land, water, fertilizer, fossil fuels, pesticides, and herbicides.

If we are going to be able to feed our burgeoning population—nearly 10 billion people by 2050—we need a more efficient system. Farmed animals in the United States produce an order of magnitude more waste than the country’s entire human population. A large CAFO can produce as much excrement as a human city, but without a sewer system or waste treatment facility. 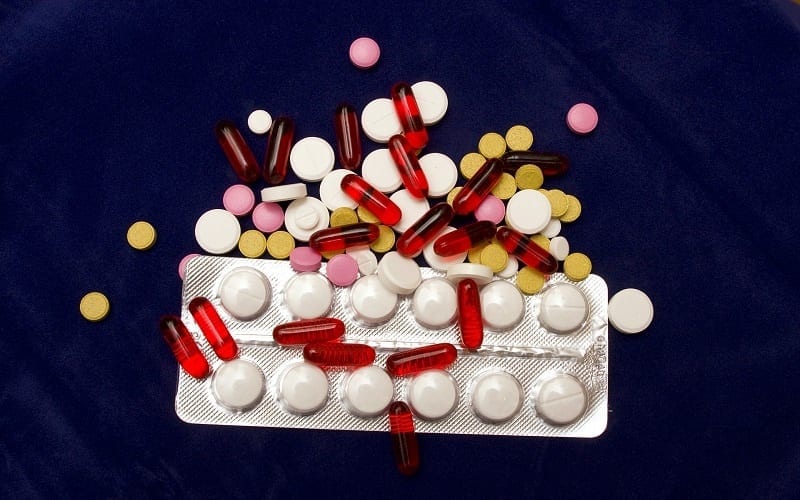 As summarized by UN scientists, raising and killing animals for food is a top contributor to every serious environmental problem facing us today: water pollution, desertification, deforestation, biodiversity loss, and climate change. Indeed, global meat production causes more global warming than the combined emissions from every plane, train, and automobile in the world.

Furthermore, the vast majority of all antibiotics don’t go to helping sick people get better. Rather, these drugs are fed to farmed animals at subclinical doses just to keep them alive. As any biologist will tell you, this is the perfect way to drive the evolution of more antibiotic-resistant “superbugs.” A review by the UK government found that the threat of drug-resistant diseases is “more certain” than the threat of climate change. It has been generations since a paper cut could be a death sentence. But that is the future being created by industrial animal agriculture.

As I started learning all this back in 1986, I started giving up meat. Like many people, I first stopped eating red meat, not realizing that chickens are much more intensively farmed than cattle. Veterinary professor John Webster at Bristol University has noted that modern poultry production is “in both magnitude and severity, the single most severe example of man’s inhumanity to another sentient animal.” Once I understood this, I stopped eating birds and spent the next decades trying to convince others to change their diets as well.

And yes, people have changed their diets, just not in the way I had hoped. Both nationally and globally, the average person eats way more meat than in 1986. And due to the shift from cows to chickens (it takes well over 200 chickens to make the same number of meals as one steer), the number of animals in CAFOs has skyrocketed.

The consequences of modern industrial animal agriculture, combined with the unstoppable trend to more meat consumption, drove the creation of The Good Food Institute (GFI). Instead of trying to change people’s minds about meat, we’re working to change the meat itself. Our goal is to give people the meat they want but produced in ways that don’t waste food, create oceans of manure, worsen global warming, or propel the next pandemic.

And this really is happening! New companies like Beyond Meat and Impossible Foods are creating meat from plants—the amino acids, lipids, and minerals. They are recreating the look, feel, smell, and taste of slaughter meat to target and delight meat eaters. These plant-based meats are now popular at a variety of restaurant chains across North America, from White Castle to Burger King. My wife won’t even let me cook Beyond Meat sausages at home (“too real”).

But what about my dad, who isn’t going to seek out plant-based meat? For people like him, companies are developing clean meat.Instead of coming from an entire animal raised on a CAFO, cultured meat (also called cell-based meat) is grown directly from animal cells in a clean facility. Companies around the world have already offered tastings of cultured chicken, beef, duck, sausage, and foie gras. Other companies are working on fish. Currently more than 20 clean meat companies exist, from Israel to California. For all the reasons discussed above, GFI is working around the globe to advance the fields of plant-based and cell-based meat. This will not be the first time technology has solved seemingly intractable problems.

Think back to 1898. The world’s streets are filled with feces, carcasses, and flies. Thousands of horses produce millions of kilograms of manure every week. That year, the world’s top urban planners gathered in New York City, and the problem of horse shit was the only item on their agenda. They were scheduled to meet for a week but gave up in despair after two days. They just couldn’t solve the problem.

But one man could. After Henry Ford introduced the Model T, cars soon displaced horses. We are at the same point today as they were in 1898. Too much manure. Too much pollution. But also climate change, antibiotic-resistant superbugs, and a growing population. However, unlike the urban planners in 1898, we know the solution to our problems: plant-based and clean meat.

Dozens of Henry Fords are working hard to deliver that solution. But meat is a rapidly growing, trillion-Euro global industry. We each have the opportunity to get in on the ground floor, to be part of transforming the global meat industry and creating the next Green Revolution. Everyone—from scientists to entrepreneurs to policymakers—has an important role to play.

Some of the world’s most forward-thinking individuals and governments have already invested—everyone from Bill Gates to the government of Singapore. But it isn’t just visionaries. PHW Group, one of the largest poultry producers in Europe, has invested in a clean meat startup. And another clean meat company has gained support from Bell Food Group, Switzerland’s largest meat producer.

If the meat industry is buying in, you know this is the future—a delicious future that will be vastly better in countless ways.Matt Ball is with The Good Food Institute, an international nonprofit harnessing the power of food innovation and markets to create a healthy, sustainable, and just food system.
LinkedIn 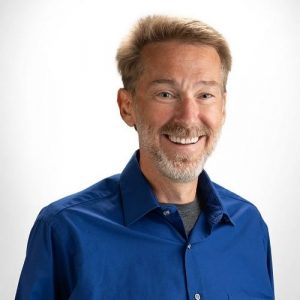 Matt has graduate degrees in Engineering and Public Policy (from Carnegie Mellon) and Forest Ecology (University of Illinois), which he earned during his tenure as a Department of Energy Global Change Fellow. Prior to grad school, he was an engineer and Booz Allen Hamilton, and Pratt & Whitney. 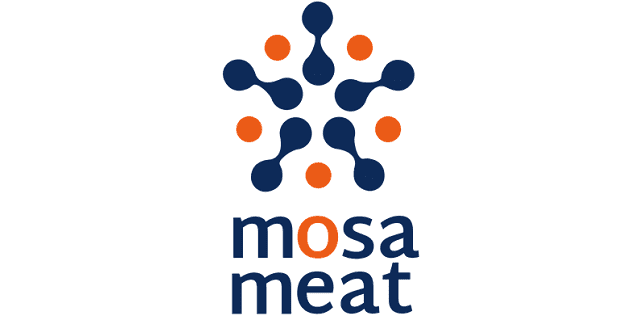 The first example of meat in the world obtained without slaughter 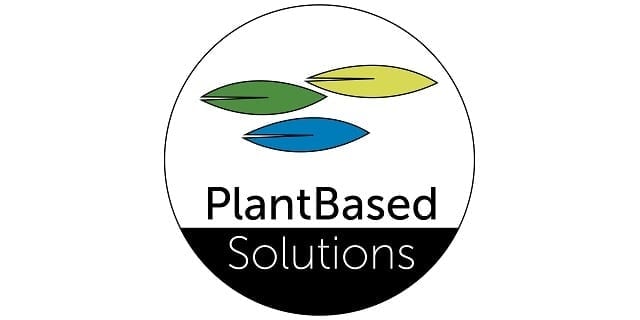 Plant-Based Meat: The Road Behind and Ahead

How is the global food supply chain going to change?